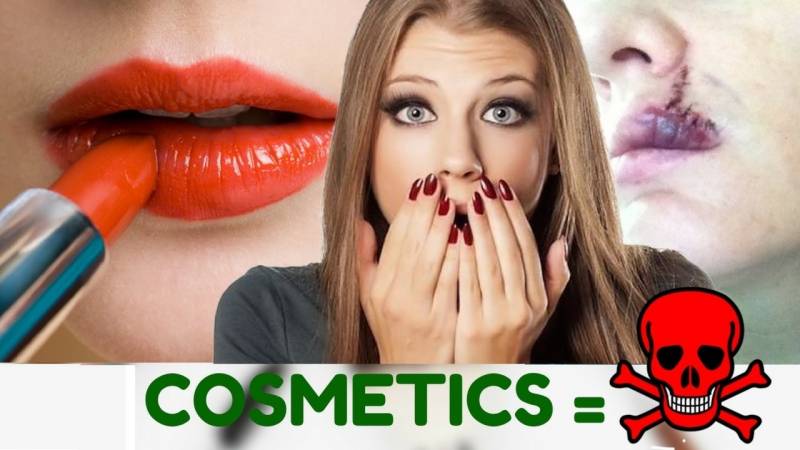 Lahore (Reuters): Reports of adverse events associated with cosmetics and personal care products sold in the U.S. more than doubled last year, due in large part to complaints about WEN by Chaz Dean Cleansing Conditioners, a new study suggests.

Researchers examined data on side effects reported to the U.S. Food and Drug Administration (FDA) from 2004 to 2016 for products like makeup, sunscreen, tattoos, hair color, perfume, shaving creams and baby care items. Overall, there were a total of 5,144 adverse events, with an average of 396 a year, researchers report in JAMA Internal Medicine.

Side effect reports climbed 78 percent to 706 in 2015, followed by a 300 percent surge to 1,591 adverse events last year, largely driven by complaints about hair care products and WEN products in particular, the study found.

"Unlike drugs and medical devices, cosmetics permeate daily life," Xu said by email. "We're exposed to hundreds of chemicals a day from these products." For the study, Xu and colleagues examined adverse events data in the FDA's Center for Food Safety and Applied Nutrition’s Adverse Event Reporting System (CFSAN), a repository made publicly available in 2016. It includes voluntary reports of side effects submitted by consumers and health care professionals.

The three most commonly reported products were hair care, skin care and tattoos. Products that most often involved reports of serious health problems were baby items, which accounted for about half of these cases, followed by personal cleanliness supplies, hair care and hair color.

Hair products, including shampoos, conditioners and styling aids, accounted for 35 percent of all adverse event reports, followed by skin care products, which made up 22 percent of the complaints.

Later, the FDA learned that the manufacturer had already received 21,000 complaints of alopecia and scalp irritation. Hair loss was also reported by consumers. The product remains on the market with the FDA currently seeking additional consumer reports. Limitations of the study include the lack of data on what caused side effects, the authors note. Researchers were also unable to distinguish between reports from consumers and from health professionals.

It's also possible that the study underestimates the total number of adverse events or the number of serious side effects because reporting isn't mandatory and companies and manufacturers are not required to share complaints they receive with the FDA, the authors note.

The results suggest that better cosmetic surveillance is needed, the researchers conclude.

Approaches that might help include registering new products with the FDA so regulators know what's out there; making it mandatory for companies to report adverse events to the FDA, and increased funding for the FDA to investigate problems, former FDA commissioner Dr. Robert Califf and colleagues write in an accompanying editorial.

In the meantime, consumers should read labels carefully, Califf, now a professor at Duke University School of Medicine in Durham, North Carolina, said by email.

"There is little direct protection, but consumers should read labels, understand what they are buying and focus on companies with established reputations for quality," Califf said.

A spokesperson for WEN by Chaz Dean styling products told Reuters Health in a statement, “The WEN family cares deeply about our customers. There has been no credible evidence presented to support the false and misleading claims that WEN products cause hair loss . . . WEN by Chaz Dean has been proven safe, and millions of bottles have been sold over the last 16 years. We have consistently cooperated with the FDA and will continue to do so.”