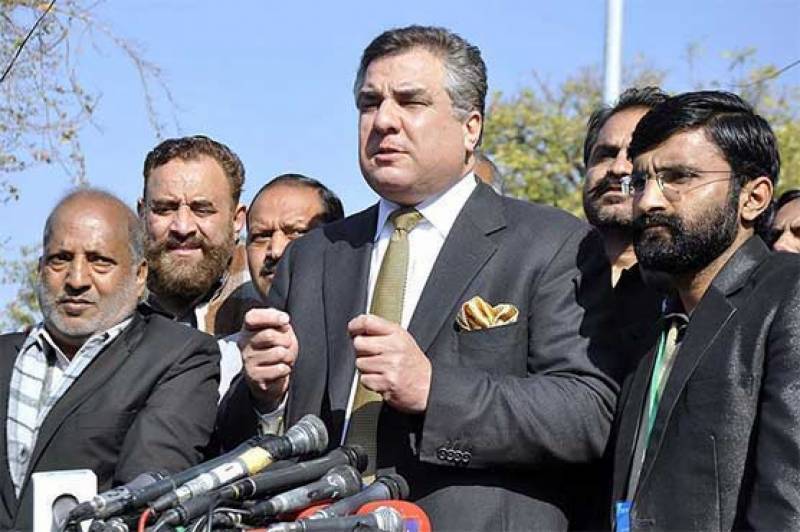 A three-member bench headed by Justice Azmat Saeed and comprising Justices Mushir Alam and Mazhar Alam Miankhel announced the verdict in the contempt case against the PML-N leader, facing charges of scandalising the judiciary during TV shows. Justice Mushir Alam read the verdict.

The contempt judgment also leads to automatic disqualification from Parliament for five years and thus Aziz will be unable to contest the upcoming general election.

A contempt sentence of 'till rising of the court' means the contemnor avoids jail and is punished symbolically until the bench remains in session.

The court noted that the PML-N leader is guilty of interference and prejudice against the process of law.  He was charged with three charges of contempt and was convicted in two charges and acquitted in one. “We are satisfied that charge number 2 and 3 have been proved against him.”

Aziz was indicted on contempt charges by the apex court on March 13.

The SC had reserved its decision in the case on May 3 after both sides completed their arguments.

The court also ruled that it deliberately showed leniency and did not send Aziz to jail for six months under the law.

Aziz, speaking to the media post-verdict, said that his father will be contesting from his constituency of NA-77 (Narowal-I).