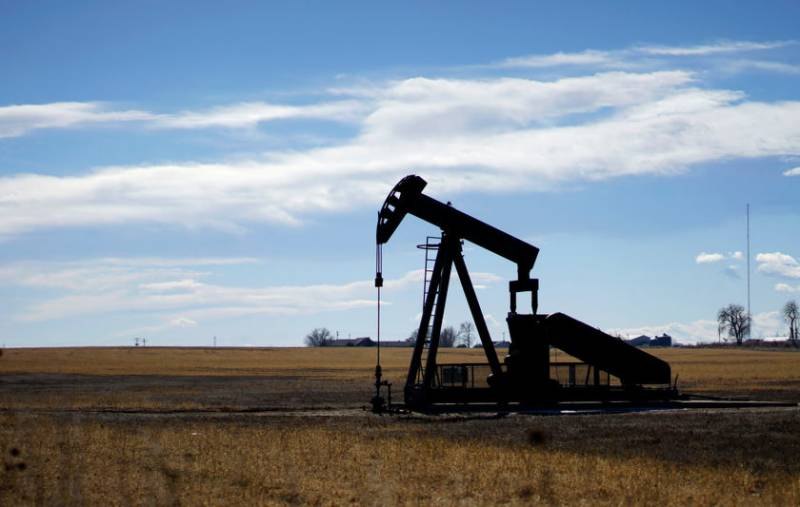 London (Reuters): Oil prices fell on Tuesday, pressured by concerns that production cuts by the world's big exporters may not be enough to drain a global glut that has depressed the market for almost three years.

The Organization of the Petroleum Exporting Countries and other oil producers, including Russia, agreed last week to keep a tight rein on supply until the end of the first quarter of 2018, nine months longer than originally planned.

Collective output by OPEC and other producers will be held around 1.8 million barrels per day (bpd) below its level at the end of last year.

But the cutbacks have yet to drain inventories significantly and prices fell after the OPEC deal was announced.

"Investors haven't made up their minds if OPEC has done enough to balance supply and demand," said Carsten Fritsch, senior commodities analyst at Commerzbank in Frankfurt.

"Today's losses follow gains yesterday, so overall oil prices have been rather flat this week."

Part of the problem for OPEC is oil supply in the United States, where shale production is booming.

US drillers have added rigs for 19 straight weeks to reach 722, the highest since April 2015, according to services firm Baker Hughes (BHI.N).

Goldman Sachs analysts have reduced their forecasts for oil prices, saying that falling US production costs will keep supply rising for years to come.

The bank said that once OPEC's production growth resumes after its self-imposed cuts, U.S. and OPEC output would rise by 1 million to 1.3 million bpd between 2018 and 2020.

The American summer driving season, which by tradition started on the Memorial Day holiday on Monday, may offer some support for prices, analysts said.

Demand in the United States for transport fuels tends to rise as families visit friends and relatives or go on vacation during the Northern Hemisphere summer.

The American Automobile Association said ahead of Memorial Day that it expects 39.3 million Americans to travel 50 miles (80 km) or more over the Memorial Day weekend, the highest Memorial Day mileage since 2005.