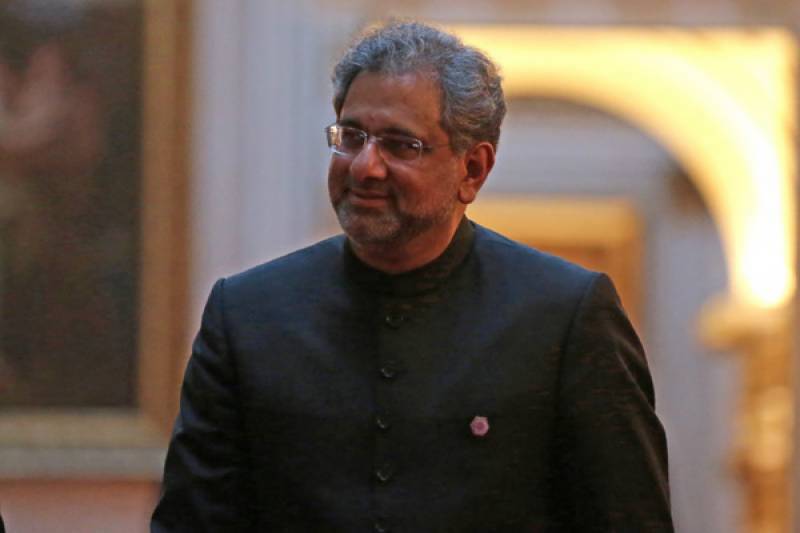 Islamabad (Staff Report): Prime Minister Shahid Khaqan Abbasi has said those who may try to delay the next polls should be tried under Article 6 of the Constitution.

While addressing the National Assembly's final session on Thursday, Abbasi made it clear that neither the government nor the opposition would support any delay in the upcoming general elections.

"Not even a day's delay would be acceptable in the elections," he said emphatically. "Free and fair elections are necessary for democracy [to survive]."

The premier started his speech by thanking Speaker Ayaz Sadiq and Leader of Opposition Syed Khursheed Shah for their "leadership and impartial behaviour".

"I would like to thank the speaker for the way the assembly conducted its business over the past five years; you never let the opposition feel that you are partial towards one side and tried your hardest to have consensus in the house over all important matters," said Abbasi.

The PM, who was sworn in August last year after the apex court disqualified the PML-N former chief Nawaz Sharif for hiding assets in his nomination papers, defended former PM and said the Sharifs were a well-known business family even before partition.

“Those who are levelling allegations of corruption against Nawaz Sharif and his family are corrupt themselves,” he said in response to a question as to why Sharif did not disclose his assets.

The incumbent government is completing its stint tonight and the date of the general elections has been decided as July 25. Polling for both National Assembly and provincial assemblies will be held simultaneously on the same date.