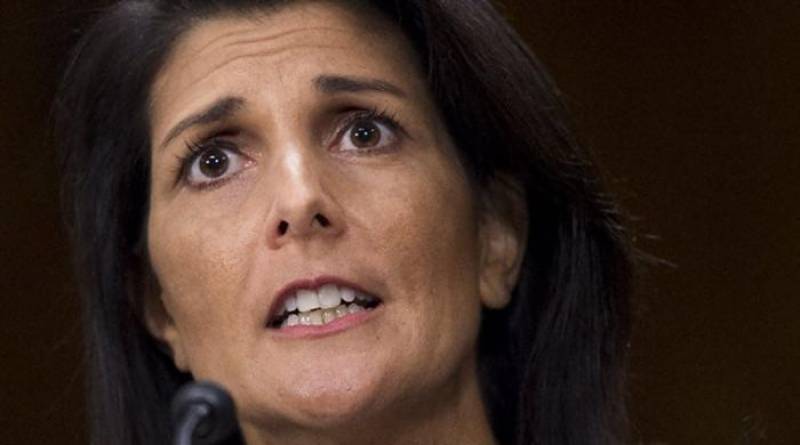 New York (Reuters): The US ambassador to the United Nations, Nikki Haley, warned Iran that its long-range ballistic missile is unacceptable and an act the United States believes violates its nuclear accord with world powers.

Haley told reporters after the Security Council's consultations on Iran, "I will tell the people across the world that is something you should be alarmed about. The United States is not naïve. We are not going to stand by. You will see us call them out as we said we would and you are also going to see us act accordingly."

Foreign Minister of Iran Javad Zarif neither confirmed nor denied the launching of the missile.

Iran said on Tuesday it would never use its ballistic missiles to attack another country and defended its missile tests, saying they are neither part of a nuclear accord with world powers nor a UN Security Council resolution endorsing the pact.

According to British U.N. ambassador Matthew Rycroft, the Security Council recommended the matter of the reported missile testing be studied on a committee level.

Rycroft said, "On Iran, there was very significant concern about the ballistic missile launch which has now been confirmed."

A US official said on Monday that Iran had test-launched on Sunday a medium-range ballistic missile that exploded after 630 miles (1,010 km).

In July 2015, Iran and six world powers reached a deal under which it curbed its nuclear program in exchange for relief from sanctions.