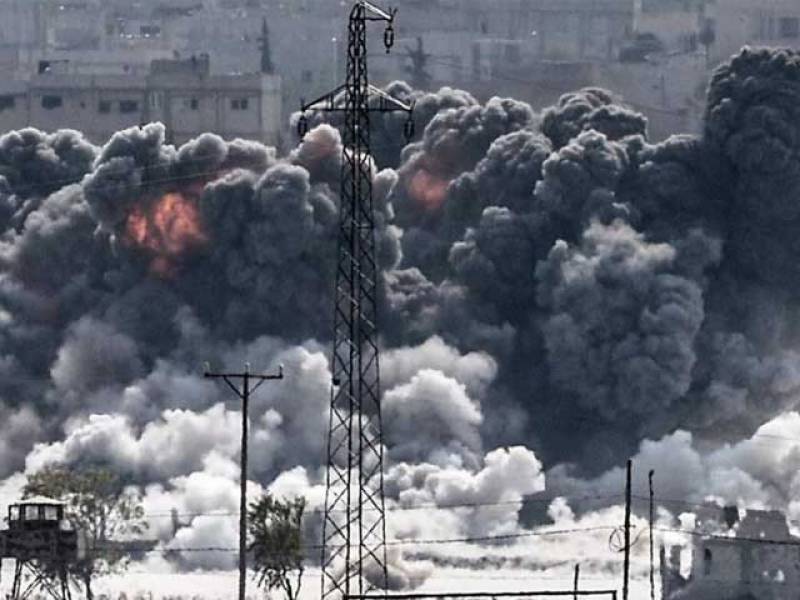 Riyadh/Sydney: Saudi Arabia said Friday that it fully supports a US air strike on a Syrian government airbase in response for a suspected chemical weapons attack on a rebel-held town.

A foreign ministry official told the state SPA news agency, "Saudi Arabia fully supports the US military operations against military targets in Syria, which were a response to the regime´s use of chemical weapons against innocent civilians."

The official also stated that the regime had only itself to blame after odious crimes it had committed for years against the Syrian people.

He described US President Donald Trump as "courageous" for taking action when "the international community has failed to put a blockade to the regime´s actions."

Saudi Arabia had been deeply critical of Trump´s predecessor Barack Obama´s 2013 decision to hold off on military reprisals against the Syrian regime after a previous suspected gas attack and instead strike a deal with Russia for the UN-supervised destruction of its chemical arsenal.

Iran condemned the strike on the Syrian airbase, while Britain and Australia gave their support, with Australian Prime Minister Malcolm Turnbull describing it as a "proportionate and calibrated response" to the use of chemical weapons.

The Students News Agency quoted Foreign Ministry spokesman Bahram Qasemi as saying, "Iran strongly condemns any such unilateral strikes... Such measures will strengthen terrorists in Syria ... and will complicate the situation in Syria and the region."

A government spokesman said that the UK government fully supports the US action which we believe was an appropriate response to the barbaric chemical weapons attack launched by the Syrian regime and is intended to deter further attacks.

Turnbull said the strikes sent "a vitally important message" that the world will not tolerate the use of chemical weapons.

"The retribution has been proportionate and it has been swift," he told reporters in Sydney. "We support the United States in that swift action."

Turnbull said the military action was not designed to overthrow the Assad regime, though the reported use of chemical weapons did "raise questions as to whether there can be any role for Mr. Assad in any solution or settlement".

Turnbull called on Russia to do more to ensure peace in Syria.

Indonesia, home to the world's largest Muslim population, said it also strongly condemned the use of chemical weapons in Syria.

"At the same time, Indonesia is concerned with unilateral actions by any parties, including the use of Tomahawk missiles, in responding to the chemical weapon attack tragedy in Syria," Foreign Ministry spokesman Armanatha Nasir said in a text message.

"Military actions, undertaken without prior authorization of the UN Security Council, are not in line with international legal principles in the peaceful settlement of disputes, as stipulated in the UN Charter."

Trump said the strike on the Shayrat airbase with 59 Tomahawk missiles fired from warships in the eastern Mediterranean, was in retaliation for what he said was a "barbaric" chemical attack on a rebel-held town in northwestern Syria by the Damascus regime.

As a result, a UN Security Council debate on a Western-drafted resolution that would have sanctioned the Syrian regime was again delayed on Thursday amid Russian insistence that the chemical weapons that caused the deaths had been stockpiled by jihadists on the ground and released by a conventional strike.