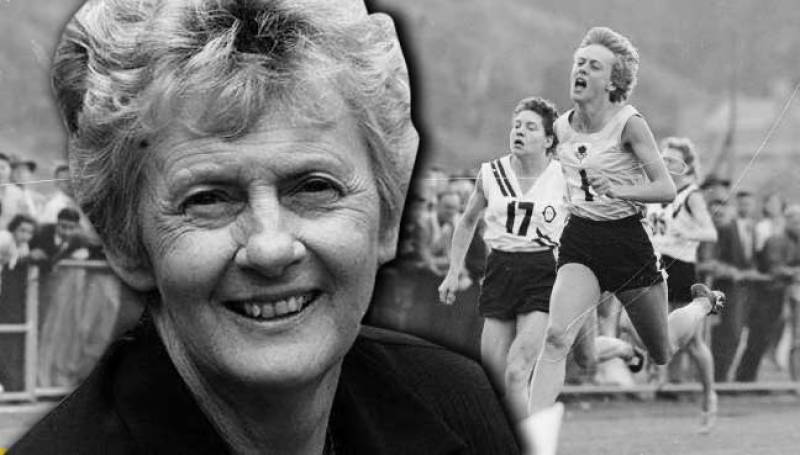 She suffered a hamstring injury at the Rome Games four years later and briefly retired, before being coaxed back to the track to win the 400m at the 1964 Olympics in Tokyo.

Swimmer Ian Thorpe is the only Australian to claim more Olympic gold medals, with five.

"Betty was the Golden Girl of the track and a national heroine," said Australian Olympic Committee president John Coates.

"It's very sad to lose such a great champion. Betty battled her illness for many years and showed tremendous courage, but more importantly she always managed to smile."

"She is the only athlete, male or female, to win Olympic gold in the 100m, 200m and 400m, with her trophy cabinet also including three medals from the Commonwealth Games," he said.

"She will be forever remembered as a legend of the sport and a trailblazer for our female athletes."

Born in Sydney, she moved to West Australia in later life after being diagnosed with multiple sclerosis in 1969, which confined to a wheelchair.

She returned to the spotlight in 2000 when she took part in the ceremony to light the cauldron at the Sydney Olympic Games.

Cuthbert was an inaugural member of the Athletics Australia Hall of Fame and she was inducted into the IAAF Hall of Fame in 2012.

"Rest in peace Betty Cuthbert -- an inspiration and a champion on and off the track," tweeted Prime Minister Malcolm Turnbull, while fellow track legend Cathy Freeman said: "Thank you for the inspirational memories, Betty Cuthbert."