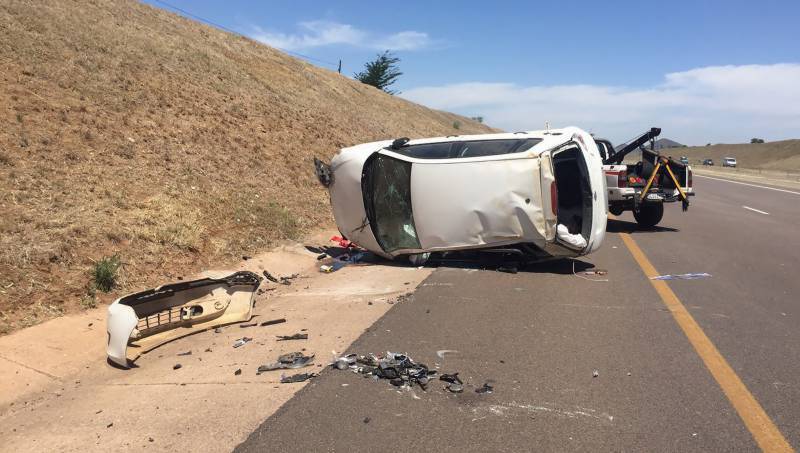 Sheikhupura (Staff Report): At least four people were killed when a dumper overturned onto a car at Lahore Road near Sheikhupura on Sunday morning.

The deceased were identified as Umar, Tahir, Abdul Wahid, and Israr.

According to police, the truck driver fled from the scene. However, search for the absconding driver is going on, the police official added.

Last Sunday, At least four people were killed and one injured when a speeding car overturned on the motorway near Chakwal on Sunday.

The ill-fated car was on its way to Rawalpindi when it met an accident near Chakwal. The injured and deceased were shifted to the hospital.