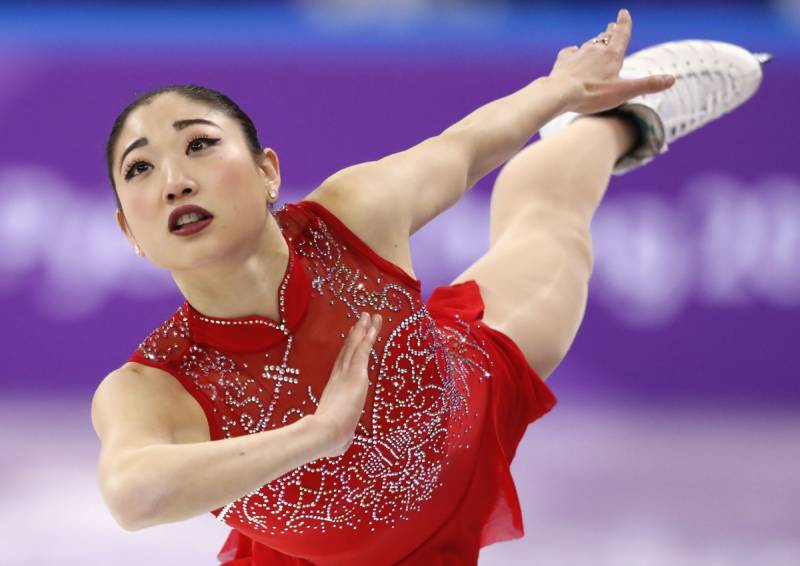 Gangneung (Reuters): Four years ago, American figure skater Mirai Nagasu was heartbroken after being left off the US team for the Sochi Olympics in favour of a woman who ranked lower than she had at a key qualifying event.

But on Monday, the woman whose Japanese immigrant parents run a sushi restaurant and mother hand-sewed her costumes, made skating history by becoming the first American woman - and only the third woman overall - to land the fiendishly difficult triple Axel jump at an Olympics.

Skating a stellar routine in the women’s free skate portion of the team competition, Nagasu began with a clean triple Axel and then went on to nail eight other triple jumps, including a triple flip and triple Salchow combination as she helped America claim bronze.

Clearly overjoyed, the 24-year-old Nagasu, who was skating at her second Olympics, pumped her fists and grinned as she skated off the ice.

“I feel really great,” she said after her performance. “Going into it, I was like a train, get on those tracks and get some speed. To nail it the way I did - and even out of the corner of my eye, I could see my team mates standing in excitement.” 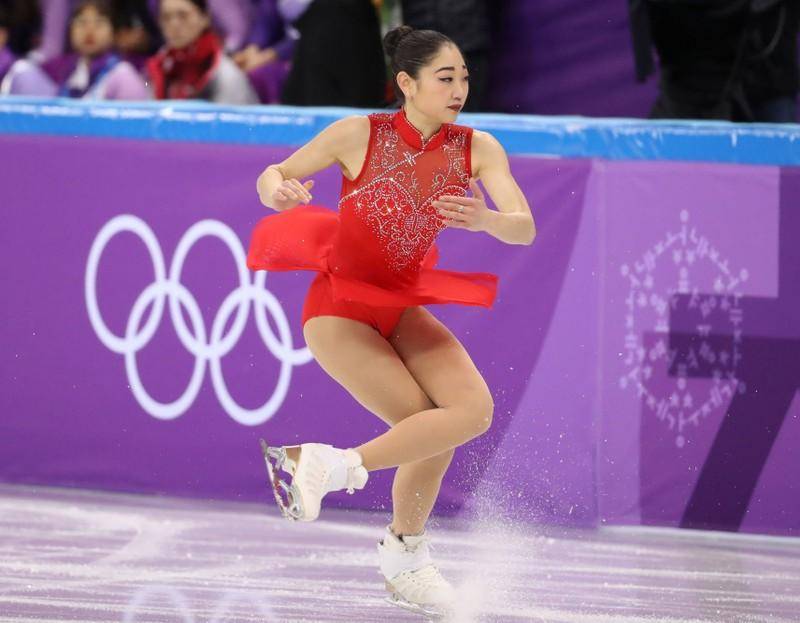 The only other women to land the jump in the Olympics were Japanese skaters Midori Ito and Mao Asada, and Nagasu joked that perhaps her ancestry had played a part.

“Maybe it’s the Japanese genetics - but lucky for me I‘m American, so I’ll be the first US lady,” she said after her performance.

She was snubbed for Sochi in 2014 despite finishing third in the US nationals as the selectors handed the Olympic berth to Ashley Wagner, who finished fourth.

“Four years ago I was crying with Adam Rippon because we both didn’t make the team,” she said, referring to the men’s singles skater. “So for both of us to be on the team... is super exciting.”

Nagasu was born to Japanese immigrant parents who run a sushi restaurant in California, where she grew up. Her first name means ‘future’ in Japanese and she reportedly speaks a mixture of Japanese and English at home with her parents. 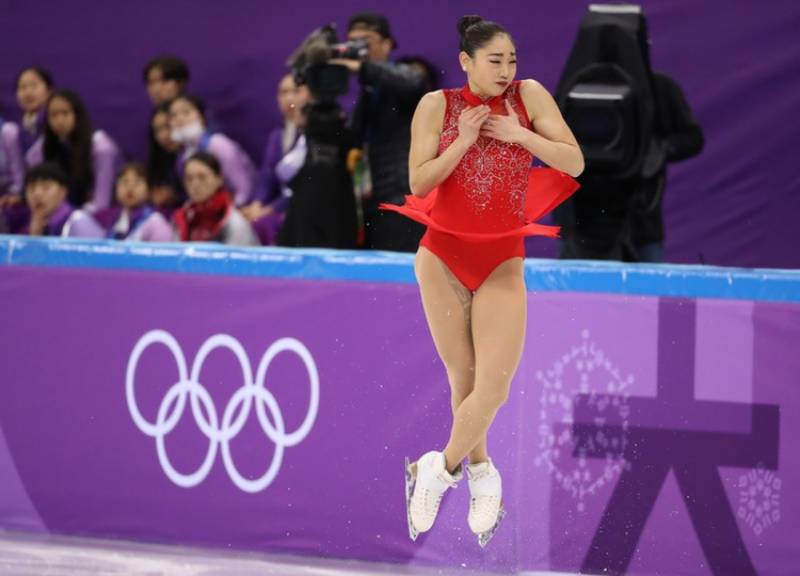 She began skating at the age of five and idolized two-time Olympic medalist and skater Michelle Kwan. As her career took off, she said it was sometimes difficult to keep going on the income from a restaurant.

“My mom also made a lot of my skating costumes,” Nagasu said on a conference call in January. “She also, like Michelle’s mom, sewed sequins on one by one and I would complain that they were not as shiny as the rocky crystals because we got ours at Target and Michael‘s.”

Nagasu says that while in general she turns to comedy and laughter to reduce pressure at big events like the Olympics, overcoming the heartbreak of missing the Sochi team was tough.

“I was very upset for a very long time. But I changed myself and became a better skater,” she told the conference call. “I honestly don’t think that I would have worked as hard on the triple Axel if I didn’t have that time to really contemplate.”

Unfortunately, her parents weren’t there to see her make history. Nagasu has said that her sushi chef father rarely had the chance to see her skate because he almost never closed his restaurant, and now is no different.

“Three weeks is a long time, especially to leave work,” she said. “They’re only coming for the last week but I‘m sure they’re home now watching it. I can’t wait to see them.”