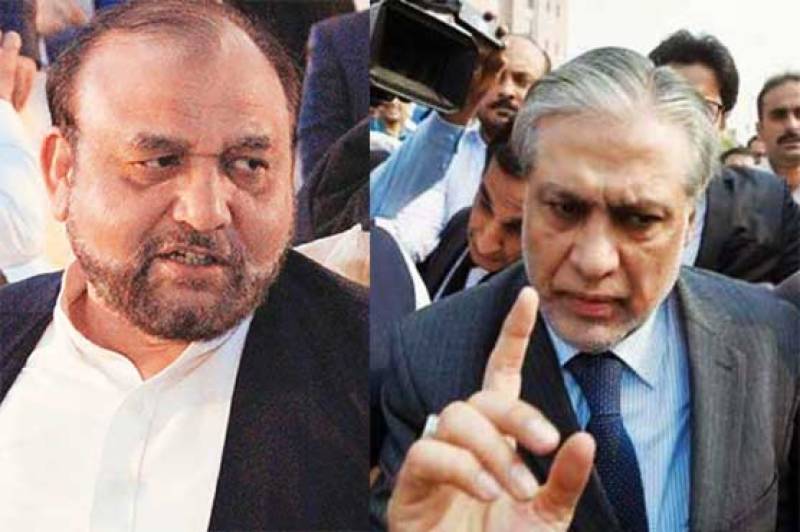 Zia, who headed the Panama case Joint Investigation Team (JIT) appeared before the accountability court and submitted volume one and nine of the original Panama case JIT report.

He informed the court that Dar’s assets were Rs 9.1 million according to his wealth statement in 1991 and Rs 831.6 million in the 2008-09 statement, adding that the former finance minister failed to prove the enormous growth in his assets before the JIT. Moreover, Zia confirmed his signature on the JIT report before the judge.

He further said that the JIT had recorded statements of different individuals including Dar.

After Zia's statement was recorded, the hearing was adjourned until February 14.

NAB has filed the reference against Dar in light of the Supreme Court's July 28 verdict in the Panama Papers case.

Following his indictment, Dar has been a no-show in the proceedings after he departed for London in October last year seeking medical treatment.

On February 7, the court reserved its decision on Dar's plea to un-freeze his assets which were seized last year on NAB's orders.