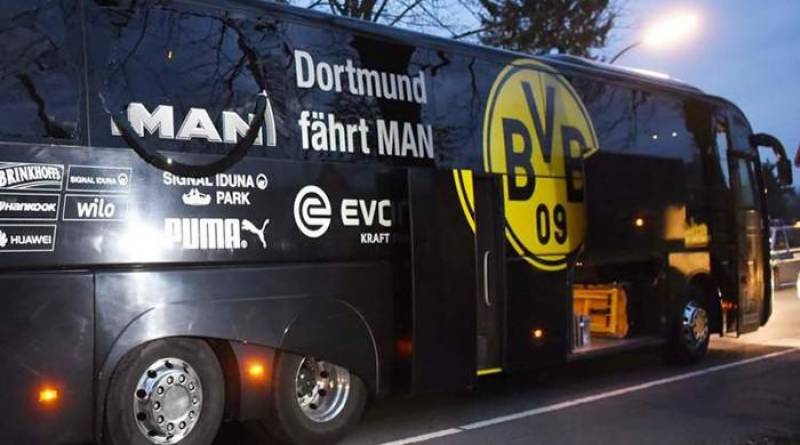 Berlin, Germany (Reuters): German authorities arrested a suspect in connection with what Chancellor Angela Merkel called a "despicable" attack on a bus carrying players of one of the country's top soccer teams.

Merkel said she was appalled by Tuesday evening's incident, in which three explosions went off as the Borussia Dortmund bus made its way to a match. Spanish defender Marc Bartra suffered injuries to his arm and wrist.

The attack forced a 24-hour postponement of the team's high-profile clash with AS Monaco, which turned out to be a pulsating encounter that the visitors won 3-2.

Borussia Dortmund coach Thomas Tuchel said after the game, "I encouraged everyone to take the game seriously but football is not the most important thing in the world."

Police stepped up security for the rescheduled match and for a second Champions League quarter-final on Wednesday between Bayern Munich and Real Madrid.

An exit from the Dortmund stadium was briefly closed as police examined suspicious packages, but quickly re-opened.

Ralf Jaeger, interior minister in the state of North Rhine-Westphalia which includes Dortmund, said the investigation was looking "in all directions", and it was unclear if one or several attackers were involved.