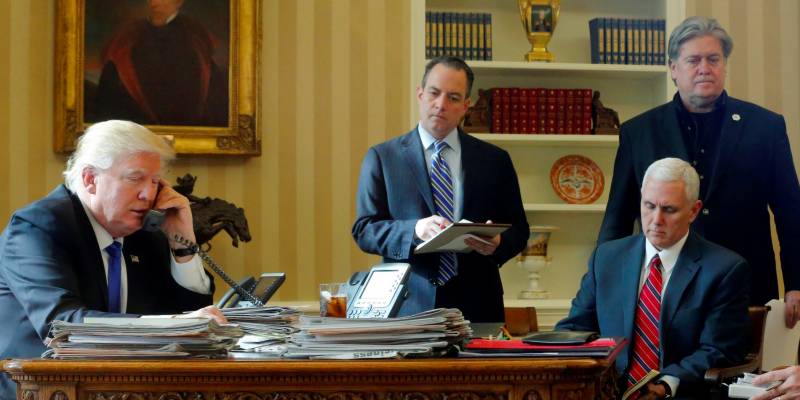 Washington: The story of resignation of US President Security adviser has hardly faded from memory and Famous US News Paper The New York Times is taking matters to the next levels.Intercepted phone calls show members of President Donald Trump's campaign had multiple communications with senior Russian intelligence officials before the US election.

Citing US law-enforcement and intelligence agencies, The Times said the contact between Trump associates and Russian officials was discovered during a concurrent FBI investigation into election-related cyber attacks by Russia that targeted Hillary Clinton and the Democratic National Committee.

Three of the US sources interviewed by The Times said that despite the frequent contact, there was no evidence that the Trump campaign had colluded with Russia on the cyber attacks. What concerned the American officials, however, was how often Trump associates were allegedly communicating with Russian officials during an unprecedented election in which Trump repeatedly showered praise on Russia and its president, Vladimir Putin.

Trump infamously made a direct appeal to Russia in July, urging the Kremlin to dig up damaging information on Clinton.

The Times' Michael Schmidt, Mark Mazzetti, and Matt Apuzzo reported that the communications between people in Trump's orbit and Russia ran deep on both sides. They allegedly included other associates of Trump outside of his campaign. And on the Russian side, people within the country's government — in addition to intelligence officials — were also involved, said The Times' sources, who remained anonymous.