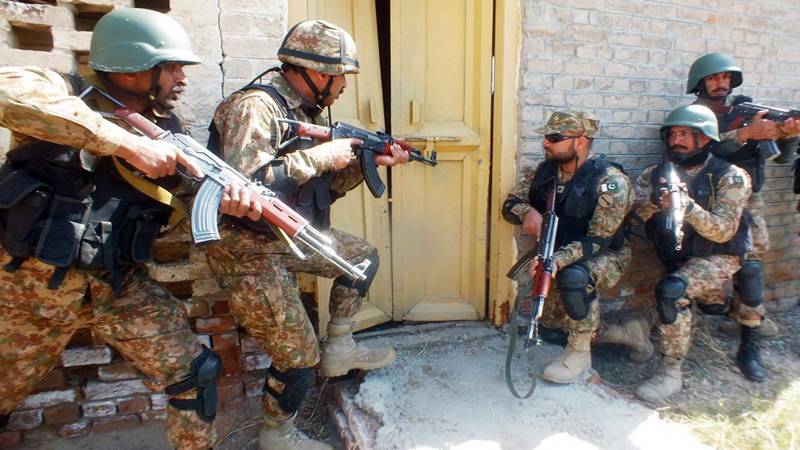 Rawalpindi (Staff Report): Pakistan Army on Sunday announced the launch of a major anti-terrorist operation in Rajgal to eliminate Daesh militants from the Khyber Agency.

The army had informed Afghan forces ahead of the launch of the Khyber-4 operation in Rajgal, he said, which the Afghan army would be able to support on their side of the border if they wished.

There is no timeline for the operation as yet, Ghafoor said in response to a question.

The ISPR chief said international border with Afghanistan will be fully secured to check infiltration of terrorists and to destroy their hideouts on our side of the border.

The military’s spokesman observed that reports of a joint border operation with Afghan forces had surfaced during a visit made by a top-level United States Congressional delegation. Clarifying the reports, Ghafoor said “the true meaning of this [joint operation] is when both forces conduct operations at the same time. There is a coordinated and complementary operation on their respective sides of the border.”

Maj Gen Ghafoor reiterated that the purpose of fencing [along the Afghan border] was aimed at better border management. “It is not possible for any foreign forces to set foot on Pakistani soil,” he added.

“No other force will have boots on the ground in our country. All operations are conducted by Pakistani security forces,” he asserted.