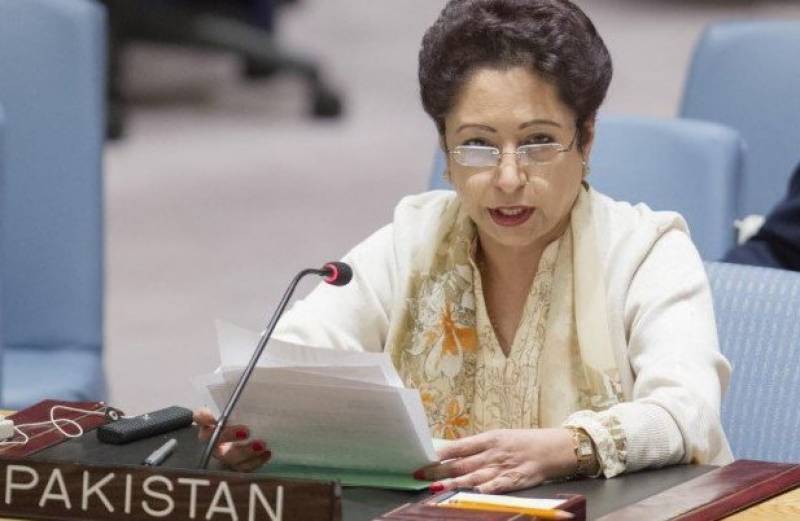 New York (Agencies): The deadly terrorist attack on two mosques in New Zealand was “another grim reminder” of the Islamophobia sweeping the world, Pakistan’s permanent representative to the UN Maleeha Lodhi told a gathering of delegates on Sunday.

Lodhi was speaking at a side-event on ‘Breaking Stereotypes: Muslim women as agents of change’, one of the four organised by her that made an impact on what is also called the women activists’ summit.

The Pakistani envoy linked the attack to stereotyping, which she argued could be seriously consequential as it could lead to misperceptions, demonisation and even violence. “It’s a slippery slope when Muslims are stereotyped and mischaracterised, sometimes deliberately by those who also engage in hate speech,” Ambassador Lodhi said.

She distinguished between culture and religion in asserting that for Muslim women Islam is an enabling agent, not an impediment as is often presumed in Western narratives.

The barriers are patriarchal social structures and overall lack of education in societies.

The annual meeting of the commission, which dates back to 1947, brought to the UN more than 9,000 representatives from civil society organisations.

It will conclude on March 22.

Pakistan’s delegation was led by Khawar Mumtaz, who delivered her national statement on Friday.

The event on Breaking Stereotypes, a brainchild of Ambassador Lodhi, attracted a large audience with people prepared to stand throughout the hour-and-a-half event.

About her own professional journey as a Muslim woman, she said it involved facing obstacles, overcoming fears but always dreaming dreams. “My professional path,” Lodhi said, “constantly entailed challenging, defying and overcoming stereotypes. This almost becomes a lifetime occupational hazard for women, and not just in the Muslim world. The important thing is never to allow this to distract or diminish us.”