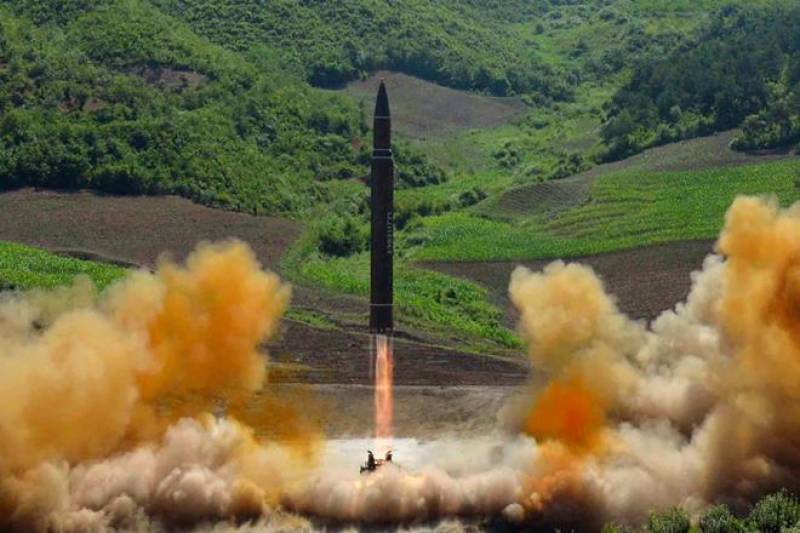 Seoul (Reuters): North Korea may conduct additional missile tests this year to polish up its long-range missile technology and ramp up the threat against the United States, South Korea’s spy agency said on Monday, adding that it was monitoring developments closely.

North Korea is pursuing nuclear weapons and missile programs in defiance of UN Security Council sanctions and has made no secret of its plans to develop a missile capable of hitting the US mainland. It has fired two missiles over Japan.

The reclusive state appears to have carried out a recent missile engine test while brisk movements of vehicles were spotted near known missile facilities, Yi Wan-young, a member of South Korea’s parliamentary intelligence committee which was briefed by Seoul’s National Intelligence Service, said.

No sign of an imminent nuclear test had been detected, Yi noted. The third tunnel at the Punggye-ri complex remained ready for another detonation “at any time”, while construction had recently resumed at a fourth tunnel, making it out of use for the time being.

“The agency is closely following the developments because there is a possibility that North Korea could fire an array of ballistic missiles this year under the name of a satellite launch and peaceful development of space, but in fact to ratchet up its threats against the United States,” the lawmakers told reporters after a closed-door briefing by the spy agency.

North Korea defends its weapons programs as a necessary defense against US plans to invade. The United States, which has 28,500 troops in South Korea, a legacy of the 1950-53 Korean war, denies any such intention.

Pyongyang is also carrying out a sweeping ideological scrutiny of the political unit of the military for the first time in 20 years, according to Kim Byung-kee, another lawmaker in the committee.

The probe was led by the ruling Workers’ Party’s Organisation and Guidance Department and orchestrated by Choe Ryong Hae, who once headed the General Political Bureau of the Korean People’s Army himself until he was replaced by Hwang Pyong So in May 2014.

As a result, Hwang and Kim Won Hong, who Seoul’s unification ministry said was removed from office in mid-January as minister of the Stasi-like secret police called “bowibu”, had been punished, the lawmaker said. He did not elaborate.

Choe, who was subjected to political “reeducation” himself in the past, appears to be gaining more influence since he was promoted in October to the party’s powerful Central Military Commission.

“Under Choe’s command, the Organisation and Guidance Department is undertaking an inspection of the military politburo for the first time in 20 years, taking issue with their impure attitude toward the party leadership,” the lawmaker, Kim, said.

Separately on Monday, South Korea approved a request by a South Korean to attend an event in the North marking the anniversary of the death of his mother who formerly led the Chondoist Chongu Party, a minor North Korean political party.

The son, identified only by his surname Choi, will be the first South Korean to visit the North since liberal President Moon Jae-in took office in May.

He is scheduled to arrive in Pyongyang via China on Wednesday and return on Saturday, according to Seoul’s unification ministry.

A senior Chinese official wrapped up a four-day visit to North Korea on Monday, apparently without meeting the country’s leader, Kim Jong Un.

“The ruling parties of China and the Democratic People’s Republic of Korea on Monday pledged to strengthen inter-party exchanges and coordination, and push forward relations,” it added, using North Korea’s official name.

Song had been in Pyongyang to discuss the outcome of the recently concluded Chinese Communist Party Congress in Beijing.