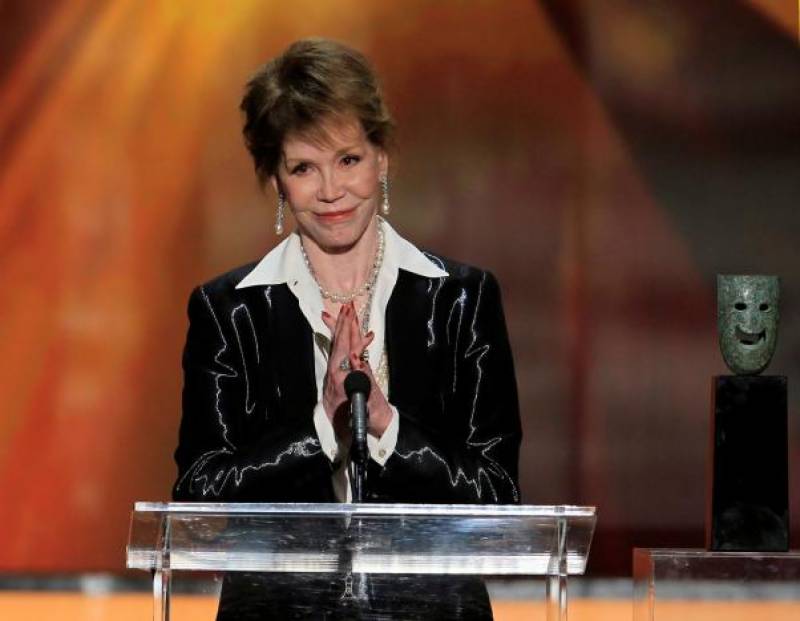 She performed as the perky suburban housewife on "The Dick Van Dyke Show," and then as a fledgling feminist on "The Mary Tyler Moore Show," who won seven Emmy Awards for her television work.

The representative Mara Buxbaum said in a statement. Moore died in the company of friends and her husband, Dr. S. Robert Levine.

She had been critically ill over the past two years and suffered from heart and kidney problems, when she was in and out of hospitals. She was a diabetic, and in 2011 she had a benign brain tumor removed. In 1981, Moore also was nominated for the film Academy Award "Ordinary People," playing a character very different from her TV roles - an icy woman coping with a suicide attempt by her 18-year-old son.

Robert Redford, who directed the movie, said in a statement that her "energy, spirit and talent created a new bright spot in the television landscape and she will be very much missed. The courage she displayed in taking on a role darker than anything she had ever done was brave and enormously powerful."

Moore's eponymous show and "The Dick Van Dyke Show" were both among the most popular sitcoms of their time, with the former ranking seventh and the latter No. 20 on TV Guide's 2013 list of best television shows.

"There are no words. She was THE BEST!," actor Dick Van Dyke said on Twitter. "We always said that we changed each other's lives for the better."