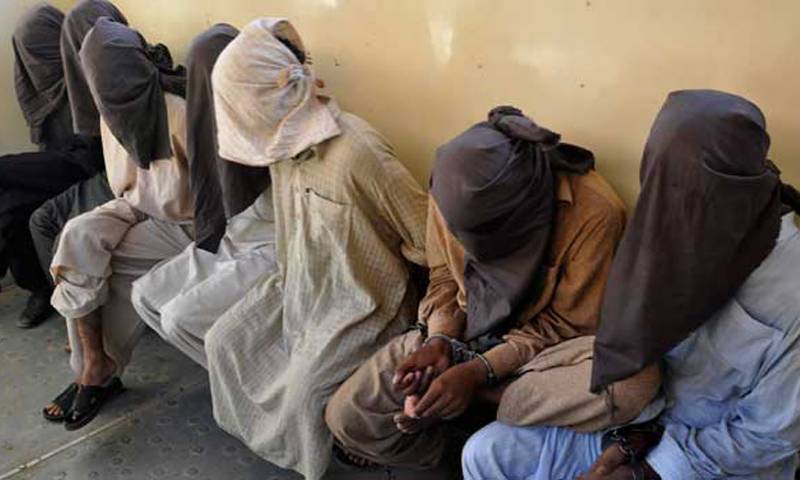 During the operation, over 110 houses and flats were search and biometric device was used for the identification of the residents.

Police arrested at the five suspects who failed to produce any identification document during the operation.

On the other side, ten other suspects were detained within the limits of Sharqi and Cantt police stations in Peshawar.

The police and the security forces jointly conducted search operation. One SMG pistol and rounds were also recovered during operation.

The arrested suspects were shifted to undisclosed place.